This is a playground to test code. It runs a full Node.js environment and already has all of npm’s 400,000 packages pre-installed, including kajero with all npm packages installed. Try it out:

kajero lists no main file and has no index.js, so it can't be directly required. If this is a mistake, please let us know. It may however contain internal files that you can require manually:

You can view a sample notebook here. 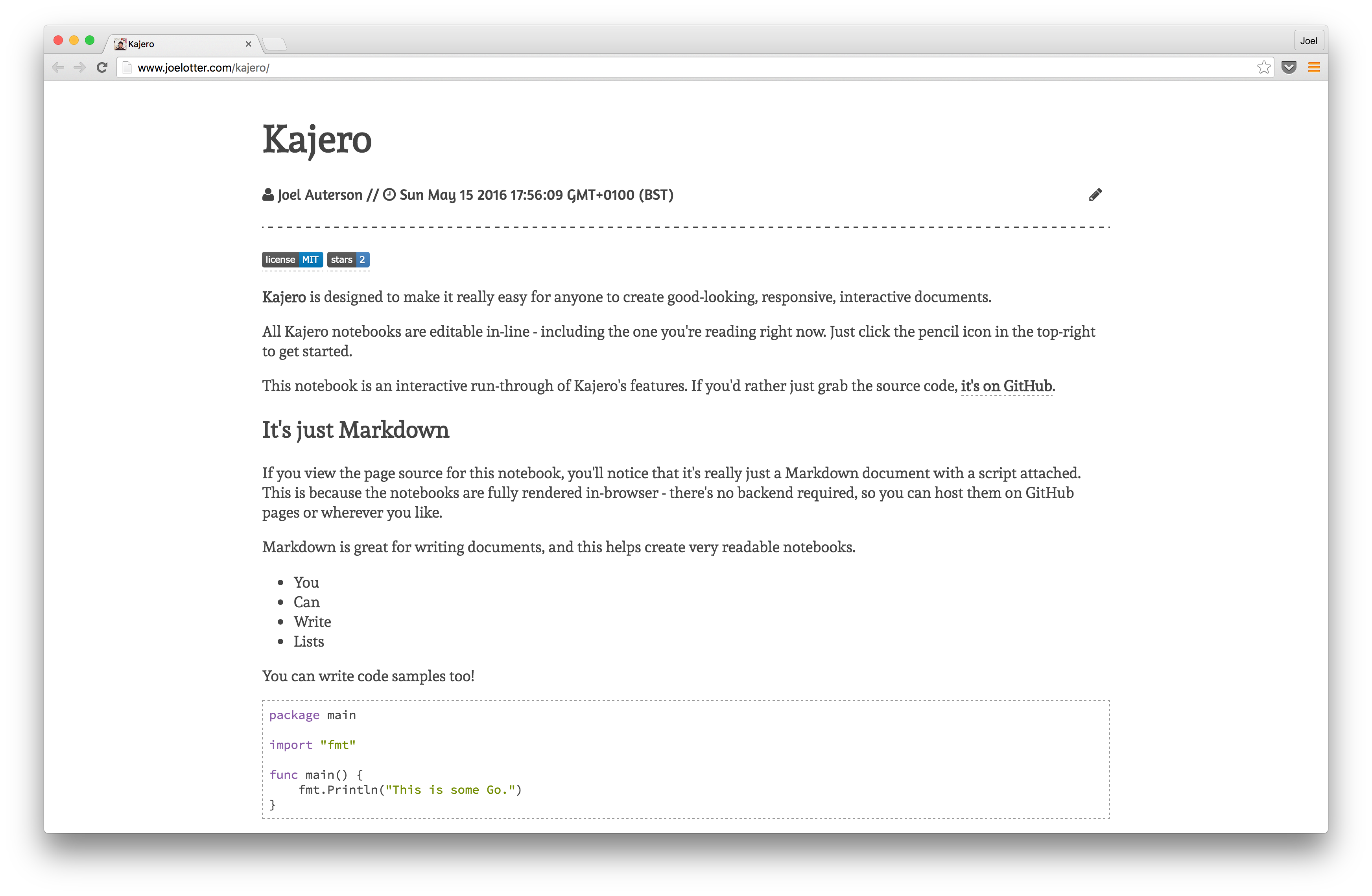 Kajero is part of my master's project at Imperial College London. Please do file issues if you have feedback or find bugs. However, as it needs to be my own work, I won't be able to merge any pull requests until the end of June. Apologies for the inconvenience!

Kajero includes a couple of simple command-line tools for users who don't want to use the inline editor to create their notebooks.

You can build the JS library by running npm install, followed by gulp. For a production build, NODE_ENV=production gulp.

You can generate new notebooks directly from Markdown files without using the web editor.

Will output generated HTML of a new notebook. You can pipe it to a file like this:

Will publish your notebook as a gist, and return a unique URL to your new notebook. You don't need to build the JS library for these scripts to work.

For coverage reporting, run with npm run test-cov. Note that the coverage percentages may not be exactly correct - this is because Istanbul runs over the compiled ES5 code, rather than the ES6 source.