This is a playground to test code. It runs a full Node.js environment and already has all of npm’s 400,000 packages pre-installed, including node-levenshtein with all npm packages installed. Try it out:

Fastest implementation of the Levenshtein distance algorithm - (up to 8x+ faster than closest competitor). This algorithm can be used to measure the similarity of two strings. The performance has been achieved by using a highly-optimized N-API module written in C++. Furthermore, this module has the fastest javascript implementation that runs for short strings (when N-API overhead is too big).

Note: if you need to take the edit distance of one string against many strings (maybe billions), I have created a GPU-implementation that will be atleast 1000x faster than this. Contact me, if you're interested.

I generated 500 pairs of strings with length N. I measured the ops/sec each library achieves to process all the given pairs. Higher is better. node-levenshtein is a lot faster in all cases.

This image shows the relative performance between node-levenshtein and js-levenshtein (the 2nd fastest). As you can see, node-levenshtein is a lot faster for small strings, but especially for long strings (8x faster when N = 1024). 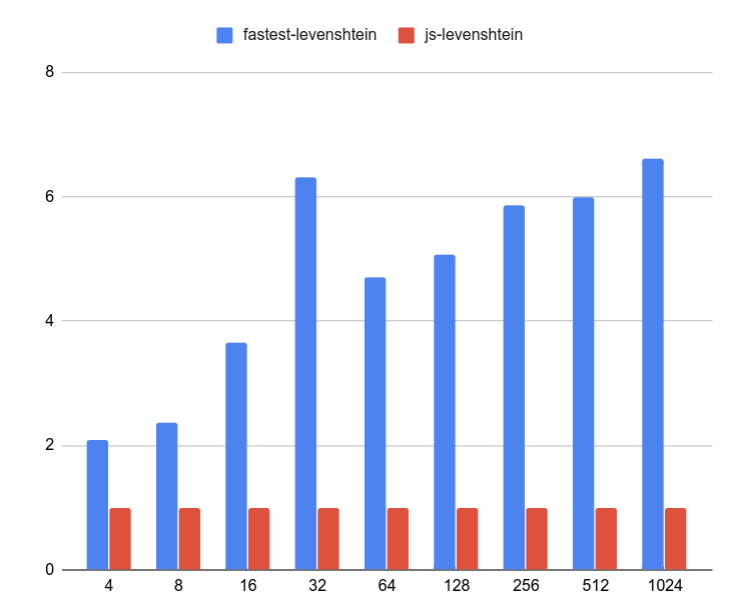 This project is licensed under the MIT License - see the LICENSE.md file for details